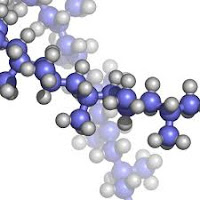 Many spectral lines which actually consists of two separate grs (fine structure), eg the transition between n = 3 and n = 2.

In the Balmer series of hydrogen atoms

• In the normal Zeeman effect, a separate spectral line into three components

• It was observed in some elements (3 separate components of spectral lines), but often ill observed 3, but was observed 4, 6 or abnormal Zeeman lebihEfek

Exclusion Principle states that there are no two electrons in an atom can be in the same quantum state.

Previous: QUANTUM MECHANICS (MEKANIKA KUANTUM)
Next: HOW TO GET MONEY FROM INTERNET (I)