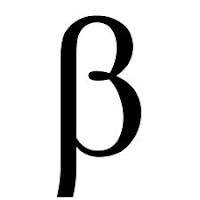 Beta particle is a subatomic particle that was thrown from an unstable atomic nucleus – a beta. Particle is equivalent to an electron and a single negative electric charge–e (-1.6 x 10-19 C) and has a mass of very small (0.00055 atomic mass units) or only about 1 / 2000 of the mass of a neutron or a proton. The difference is that the beta particles originating from the nucleus while the electrons originating from outside the core.
The speed of the beta particles is varied depending on the energy possessed by each – each particle.
Because of considerations – theoretical considerations do not permit the existence of independent and intra-nuclear electrons, it is postulated that the particles formed at the time of transmission by the transformation of a neutron into a proton and an electron according to the equation 01n–10e + 11H ——–>.